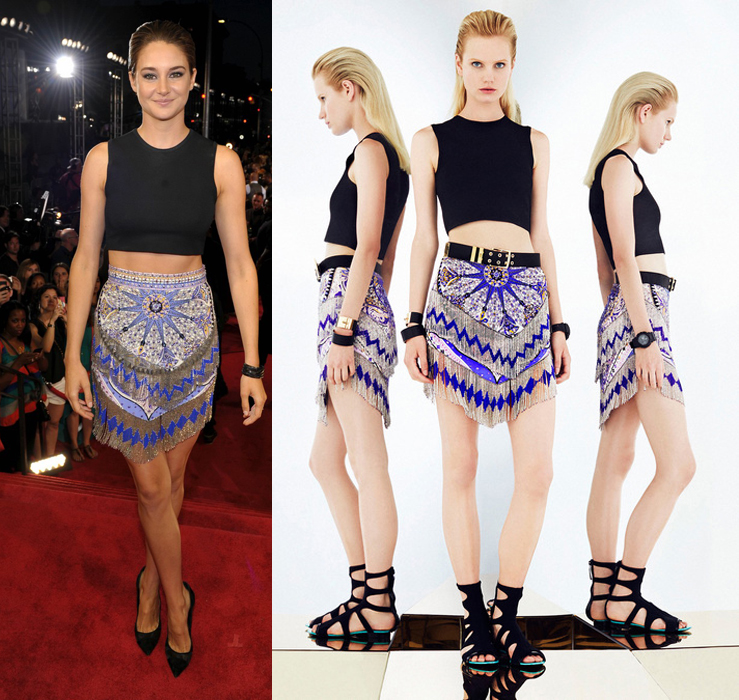 I told you so: crop tops are not even close to be over, nor in the streets, even less on to the red carpet (remember Lily Collins and her latest outfit). Shailene Woodley make her own statement yesterday night with this Emilio Pucci Resort 2014 head to toe look at the MTV Video Music Awards 2013.