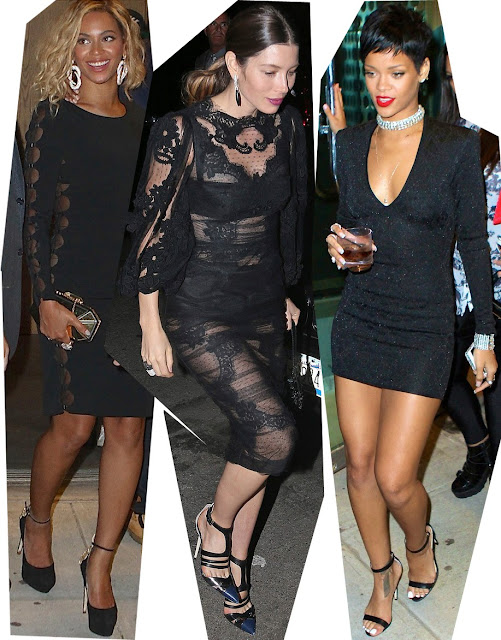 Rihanna was sitting back discretely in the audience but Beyoncé and Jessica Biel were nowhere to be seen yesterday during the MTV Video Music Awards gala. It appears that they were putting their big entrance on hold until the party held later that night at the SoHo Grand Hotel Club Room got officially started.