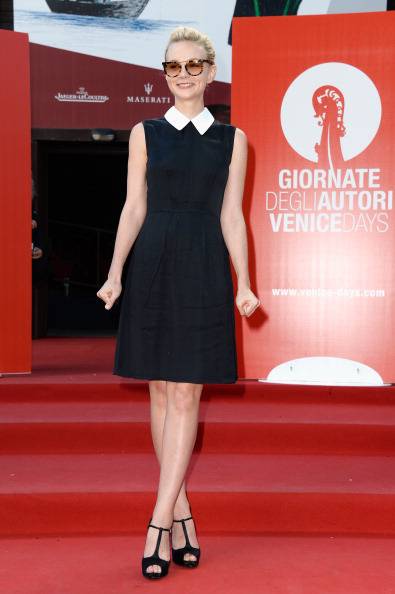 Miu Miu is returning to the Venice film Festival as the curator for a series of short films directed by different female directors. The fashion brand debuted its ‘Women’s Tales’ project at last year’s festival, inviting four producers to each create a short film exploring the womanly love affair with Miu Miu.  Miuccia Prada and husband, president of the company Patrizio Bertelli, are in fact well-known for their engagement with fine arts, a discipline that particularly Miuccia, puts on top of fashion. The Palermo’s inspired fairy tale «Le donne della Vucciria», directed by palestinian director Hiam Abbass, and «The Door» , by Ava DuVernay, screened this afternoon in Lido and Carey Mulligan was there as the sister’s label of Prada ambassador.